Cerebral palsy is a universal term describing a collection of chronic and non-progressive neurological symptoms, which causes impaired control of the body’s movements, balance and posture. The resulting impairments first appear early in life, usually in infancy or early childhood. Infants with cerebral palsy are usually slow to reach developmental milestones such as rolling over, sitting, crawling, and walking. The development of the brain starts in the early stages of pregnancy and keeps on developing until about the age of three. Any kind of damage to the brain during this period may result in Cerebral palsy. Cerebral palsy is caused by the damage to the motor cortex or cerebellar parts of the brain. Cerebral palsy may result in almost no muscle control at all and affecting the speech of the person.

Splinters of Hope for Cerebral Palsy

Cerebral Palsy is a lifelong set of movement disorders with no medical cure.  There are, however, several options for either retraining people with cerebral palsy or providing some forms of relief for sufferers of cerebral palsy.

Cranial therapy has been used for many years to treat persons with Cerebral Palsy. People generally fall into two classes with this disorder: those with excessive muscle tone (they used to be called “spastics”) and those with too little muscle tone (it has been known as “flaccid paralysis”). 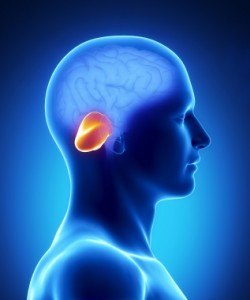 The Pettibon System of Chiropractic is also be helpful in helping some of the more problematic symptoms including muscle spasms, seizures, and leg and arm problems.  This type of chiropractic is very focused on Cerebellar function.   As studies on the effectiveness of chiropractic techniques come to light, there are more encouraging signs for the development of an effective course of action for Cerebral Palsy sufferers.

Here we fire dormant neurological pathways of the cerebellum and motor cortices to up regulate brain function.  Please come in for an evaluation and explanation of how your body relates to all of this knowledge.