Helping people with Parkinson’s disease has recently been getting more and more clinical evidence and substantiation. 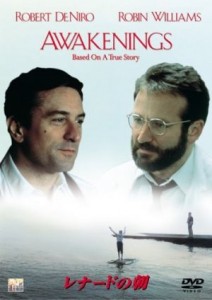 This disease was brought to public attention with the wonderful 1990 movie Awakenings with Robert De Niro and Robin Williams and with the diagnosis of Michael J. Fox.

The symptoms of Parkinson’s disease vary from person to person. Early signs may be subtle and can go unnoticed for months or years. Symptoms typically begin on one side of the body and usually remain worse on that side. Parkinson’s signs and symptoms may include:

A branch of endonasal cranial adjusting that has had the most clinical research on people with Parkinson’s is called Neurocranial Restructuring or NCR.  They note that initial treatments may increase tremors before decreasing them.  I have had  success in tremor reduction in two patients with early stage Parkinson’s.
Evidence is mounting and results are promising.
A theory on why endonasal cranial adjusting is effective for what is considered to be a degeneration of the basal ganglia of the brainstem is that there is impaired circulation of blood and cerebrospinal fluid into this area of the brain for Parkinson’s sufferers and with this treatment circulation is increased. By changing the shape of the skull with endonasal cranial adjusting, the flow patterns and cerebrospinal fluid are improved. This changes the neurotransmitter availability in the affected part of the brain.

Meningeal tension is also eased which can give improved function to the nervous system.  The meninges are a covering around the brain and spinal cord.