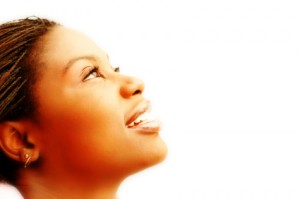 Psychiatric conditions like depression, obsessive-compulsive disorder (OCD), and manic-depression (bi-polar disorder) are rarely effectively treated with counseling.  Most of the time, psychiatric drugs are used, with the hope of changing the levels of the neurotransmitters in the brain. There are two problems with this: side effects, and the eventual uneven distribution of the neurotransmitters throughout the brain.

The chemicals of the brain flow in liquid (blood and cerebrospinal fluid.) The flow of fluid is determined partially by the shape of that which contains it. The brain resembles a sponge in ways. A round sponge can be put into a cubical container, but it won’t hold as much water in the areas that are squished to fit in the box.  You will have optimized brain function if you optimize the SHAPE of your skull!

With cranial adjusting, the shape of the skull gradually moves closer and closer to its optimal design. As the skull optimizes, the fluid flow characteristics of the skull, and the brain functions that are controlled by the fluid dynamics, optimize as well.

As a chiropractor, it is not my job to put people on or take people  with depression or other psychiatric disorders off of their medication.  However, many in my office, with the help of their medical doctors, have taken themselves off of antidepressant medications after receiving Endonasal Cranial Adjusting.

With psychiatric disorders, having optimum cranial alignment is essential.  (408) 274 2244