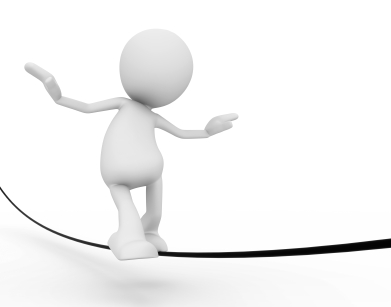 Balance problems, vertigo an dizziness are circumstances affecting one or two different areas of the body. The semicircular canals of the inner ear is one culprit.  Upper cervical spinal misalignment can also interfere with positioning sense and cause to motion sickness.

The semicircular canals are located in the skull bones just behind ear.  On each side or our head we have a set of three bony rings which are at right angles to each other like three sides to the corner of a box.  This represents the “x”, “y” and “z” axis of movement that you go through.

These canals contain fluid which moves over hairs which then create nerve impulses which send messages of movement or position to the brain.  These impulses travel over the vestibular nerve to synapse in the brain stem, cerebellum and spinal cord.  (The synaptic locations is where upper cervical chiropractic care comes into play)  With this information the body can tell where the pull of gravity is coming from and where your body parts are in relation to gravity.  Based on this information the body can make quick adaptations to shifts in body movement.  What an amazing system.

If the skull bones are misaligned the position of the ears may not be symmetrical.  Now the body is using two groups of sensors that are usually placed at the same height to determine where the ground is but are at different angles.  As a result a person can have poor balance, dizziness / vertigo or motion sickness.   Closing the eyes might be more of a challenge to someone with balance problems because they have become more accustomed to using the visual field to balance.

The temporal bones (two of the 22 cranial bones on either side of your head) can misalign relative to one another leaving your internal GPS system not working together on each side of you head.

With Endonasal Cranial Adjusting the temporal bone positions become more symmetrical.  It is very rare that someone does not get help in my office with balance problems, vertigo or motion sickness.

If the problem, however, is with the cerebellum, midbrain or spinal cord, we must look at the alignment of the upper cervical vertebrae which surrounds this part of your central nervous system.  Your skull and atlas (the top bone in the vertebral column) can get fixated and therefore stop firing proper positional signals to the cerebellum.  The brain gets confused and does not have enough information to process where it is in relation to itself or gravity.  Proper alignment in this part of the spine can help get rid of vertigo / dizziness, balance issues and motion sickness.

When I met my wife, Laila, she would get motion sickness to the point of not being able to be a passenger in a car on a winding road.  In an airplane she would have to take Dramamine to keep herself from vomiting and temporarily losing sight.  The drug changed her personality and this was tough for me to handle.  I performed a number of series of cranial adjustments on her and now she doesn’t even need to take ginger on flights.

I had dizziness and a loss of balance for more than four years.

When playing with my kids I would have to stop due to the room spinning around me.  After a series of endonasal cranial adjustments with Dr. Fields the problem is 100% gone.  I also have improved mental clarity and better breathing. Dr Rich Avila, Chiropractor, San Jose, CA

“I had a nasty case of vertigo and could not lie on my left side without becoming nauseated. Sinus infections and allergies also resulted in an inability to breathe out of both nostrils. Three sessions with Dr. Fields resulted in my vertigo going away and me breathing freely for the first time in years. Thank you so much!”