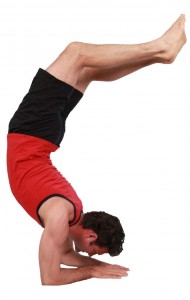 If you have grown up in California, you have heard that chiropractic helps more than just headaches, stiff necks and low back pain.  The concept of the central nervous system, which is housed in the cranium and spine, functioning better with chiropractic is an easy concept to grasp but when it affects you it can be life changing.

As a young child I would have episodes of excruciating pain in my heart area that went undiagnosed.  The pain would put me in bed pounding on my chest for some relief.

When I got into junior high school the problem of acid reflux began.  I was an avid runner and this would flare up the problem.  Spitting while running cross country would be a regular occurrence.  This got worse and worse and in high school it got to the point where I would be bringing up as much as a shot glass full of food and acid from my stomach fifty times a day.  I actually counted!

In college I read a number of books on nutrition and became a strict vegan at 19 years old.  The problem persisted.  I would spit into jars while driving my car and create an oil slick in the water when surfing.  As I did as a child, I tried to hide this from everyone.

Medical doctors said I had a genetically weak cardiac sphincter muscle.  The door that was supposed to shut after food enters the stomach was not sealing the stomach shut.  So that’s it?  Was it my grandparents fault?

My teeth thinned to the point where you could see light refract through them.  In turn, I needed a full mouth reconstruction which included 22 new crowns due to the acid bathing my teeth.

Entering chiropractic school I was assigned to an intern to get regular adjustments.  At this point, I had not had regular care only sporadic symptomatic chiropractic care.  When the intern examined my spine he told me that I had a subluxation (misalignment) in my thoracic spine that was causing compression of the nerves that went to this area of my stomach.  There was no guarantee but he said I might have some results.

One day, about 4 months into a 2-3 times per week regime of chiropractic adjustments, I realized that I was no longer regurgitating.  I began to test it out.  On a student loan budget, spicy Mexican food became a staple for me.  Then came Indian buffets, still without a problem.

Since this course of chiropractic care, I no longer have stomach issues. Period!

Yes, chiropractic does help organs, glands, tissues, muscles and conditions other than pain.  What a valuable lesson for a new chiropractic student.